On Becker and photography 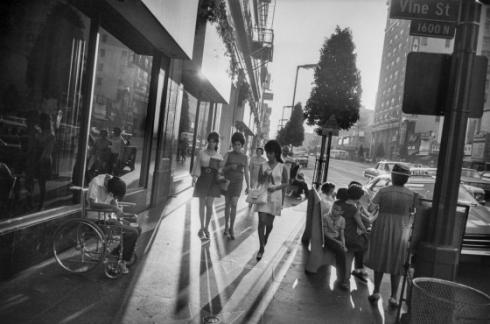 I'm going to break up this reading response into two parts: a reaction to some direct statements Becker makes, and a parallel with the discussion from this week's theory II class.

I took a photojournalism class in undergrad, in which we learned a bit about technique and a lot about the history and certain standout figures in the field. A lot of the people and topics Becker discusses in this chapter was familiar to me, but new to me was this discussion of different genres of photography in relation to each other and to "art" photography and to other fields of sociological and scientific research. He had some pretty bold statements, which at this point I don't really know how to take. I'm obviously not an expert in any of this, and maybe his views are par for the course, but I found them interesting and worthy of note here.

page 189 (on photojournalism): "Most importantly, readers do not expect to do any work deciphering ambiguities and complexities in the photographs that appear in their daily newspaper or newsmagazine. Such photographs must, therefore, be instantly readable and interpretable."

page 191: "In social science, only history and anthropology, the least 'scientific' disciplines, use photographs. Economics and political science, the most 'scientific,' don't. Sociology, mimicking the supposed scientific character of the latter fields, doesn't."

page 193 (in regards to contemporary art photography): "They withhold the minimal social data we ordinarily use to orient ourselves to others and leave viewers to interpret the images as best they can from the clues of clothing, stance, demeanor and household furnishings they contain. What might seem to be artistic mystery is usually only ignorance created by the photographer's refusal to give users basic information."

This week for theory class, David Ruy gave a guest lecture. The topic at hand was object-oriented ontology. Ruy paralleled his argument with an anecdote about Garry Winogrand's photography. Winogrand is well known as a street photographer, depicting both the mundane and also landmark events of life in America in the 1960s. But although he's known for capturing the human experience, his own stated goal of the photograph was to see what the camera can capture in that photograph. Or at least from the object oriented specialist, the interpretation of his work and his words is that he was all about the photograph as the object. For example, in reference to a famous picture of Martin Luther King rally, he called it "that bus thing." He said something to the tune that, yes this was a famous and monumental occasion in the civil rights history of this country, but what he was documenting was the exposure and the image - an image of people collecting, as people often do.

In a way, this flies in the face of what Becker discusses at length in his chapter, except for maybe his mention of the "alternate version" of documentary photography, which "was not supposed to be anything in particular, since the work was not made for anyone in particular." In August Sander's words about his study of German social types, it as a "physiognomical time exposure of German man." But on the other hand, it's almost bolstering Becker's argument - that meaning is not inherent but attributed to photographs, by the viewer, depending on history and context.

In any case, I found the parallel between the two classes this week to be interesting - discussing the same thing from two very different perspectives, coming simultaneously disparate yet also similar conclusions, depending on how you the reader interpret things.